Within the last year, I have moved across the country, immersed myself in a new industry, and launched a new company. But most notably, I became a father.

With the joy of welcoming newborn twins into the world this past November, I experienced a tectonic shift. My personal vision, my professional rituals, and my overall life mission ceased to be certain to me.

During my twenties and early thirties, before I had children, I assumed my purpose was to effect as much positive change onto as many people as possible. It was with this understanding that I launched Pencils of Promise, a global organization that’s built more than 400 schools around the world for children in poverty, and began to lay the groundwork for MissionU, a debt-free college alternative. My goals were all associated with broad, world-scale impact.

Our collective societal instinct is to use professional success as a marker for achievement. And I’m guilty of it—my primary methods of evaluating my professional worth before becoming a dad were my job title and my performance.

News flash: babies do not care about your job title. Whether you’re an intern or a CEO, all they care about is your presence. What I had always wanted on a macro scale simply melted away after I became a new father.

After my wife and I brought our twins home, I faced a new dilemma: To live big or live small? Was it wrong for me to put focus on my newly-built company when I had new babies at home? What about the guilt that I’d inevitably feel about the late nights and early mornings that come with being an entrepreneur?

I’ve only been a dad for eleven months, so I’m not going to tell you how to hack work-life balance. What I’m trying to figure out is what our personal lives mean to our professional selves, and how can we optimize the two while supporting fellow working families in the process. While I don’t think anyone has all of the answers, these are strategies I’ve chosen to implement in my own life and startup.

Address the elephant in the room

Even though it’s often the most important aspect of a parent’s life, family commitments are usually avoided in conversation amongst male executives. While women deal with incredible pressure and harmful stereotypes when it comes to balancing work with family, men often simply avoid the conversation about family altogether to bolster the traditional image of being “work at all costs” businessmen. An unspoken pressure to execute, deliver, and operate in the workplace has placed a silent stigma that stops many dads from talking about their families with their colleagues. Rather than avoiding this enormously important part of my life, it’s often one of the first things I share. By owning it, I set the tone in my interactions that there is no professional part of my life that isn’t impacted by what is additionally happening in my home life.

For many professionals, it’s difficult to say no. Whether it’s to a new project, a new partner, a new venture, or a new opportunity, it’s much easier to say yes, yes, go. But as most parents can agree, children teach you the true value and meaning of no. It was only once I had children that I began to recognize that every time I agreed to one commitment I was, without realizing it, removing time I could be allocating to something else, and each professional commitment dipped into the limited time I have with my children when I leave the office.

I started my career at Bain & Company, which introduced me to the concept of “pushing back” on work requests. This is a term used to reframe expectations with a boss, that enables both of you to determine the highest value work to be done and fully focus on that top priority. But as my career has progressed, I’ve come to expect my colleagues at MissionU to not just push back, but oftentimes state an outright rejection of an idea. By learning to say no, I’m now able to much more effectively say yes when I really mean it.

Congress’ introduction of The Family Act earlier this year (which would provide a federal baseline for paid family leave) is a good step toward jump-starting the narrative around commitment to family in the workplace, but we can do more to optimize our responsibilities for both roles. Families aren’t distractions, and we can’t let traditional views categorize them as such. In fact, I’ve found it easier to develop stronger professional relationships through the openness and acknowledgment of life outside the workplace. I’ve developed dozens of close new relationships by sharing stories of late-night baby tantrums, which serve to humanize even the most high-powered executive. Talking about our children and sharing our stories of commitment to family is what we need to expect from leadership, so that same culture can diffuse in a top-down fashion to others.

A recent Bank of America study supports the claim that many of us believe professional achievement is the end-all-be-all, with small business owners touting that their business is four times more stressful than raising children. But while family and work are arguably the two most important aspects of every person’s life, this comparison is unhealthy, and we need to change this damaging narrative. Instead, we should remove the stigma for those who want to do great things for their jobs as well as their families.

The challenges that we face as parents and professionals will never get easier, but the way we handle specific obstacles strengthens our ultimate successes at both. Growing my little family has taught me invaluable lessons, including the fact that failure is just as important as success (to which anyone who has watched a child try to take their first steps can attest), and empathy is a cultural currency more important than gold. From one professional to another, we need to rise up within our companies to celebrate triumphs with our families in addition to our successful accomplishments in the office, as our working culture could learn a lot from the lessons we draw from our spouses and children. Let’s start these conversations. It will not only benefit our colleagues, it will one day help the next generation of future leaders as well.

From one professional to another, we need to rise up within our companies to celebrate triumphs with our families in addition to our successful accomplishments in the office, as our working culture could learn a lot from the lessons we draw from our spouses and children. Let’s start these conversations. It will not only benefit our colleagues, it will one day help the next generation of future leaders as well.

This article was originally published in Quartz on October 17 2017. 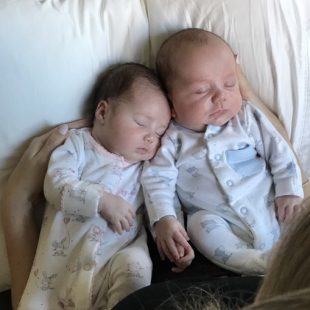